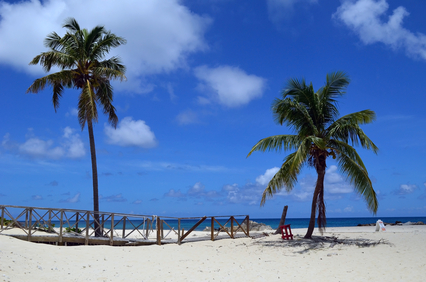 Recently I published two success stories about a marketing executive and a web editor who are age 50+ and landed new jobs. While I believe ageism is real and problematic, I also wanted to illustrate that there are people who successfully land employment even in their 50s. 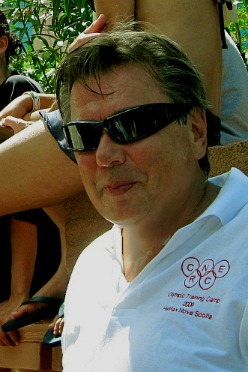 However, the U.S. Dept. of Labor says that the average duration of unemployment for workers ages 55 to 64 was 11 months as of January of 2013, three months longer than the average for workers age 25-36. Even worse than these statistics, some unemployed people in their 50s say they feel permanently shut out from re-employment in a full-time salaried position.

Ken Bodnar has career advice for those people. When I was doing research on job search for workers age 50+, Ken contacted me to tell me his story. Ken was a technical architect who was laid off and he found himself jobless, in debt, and without a retirement plan. He says, “I was up the proverbial creek without a paddle.”

I spent a year networking, applying to every possible job, exploring jobs in a different country, and trying absolutely everything to land a job. I found myself applying for jobs that paid less than I was making in the late 1980s. I saw jobs for which I was highly qualified but they asked for credentials that were not available when I went to school. MBA in Business Intelligence and Data Mining? Didn’t exist then.

I didn’t want to be a Wal-Mart greeter or a fast food worker at McDonald’s! I was determined to leverage my education, work history, and experience to generate income better than junior wages at a ‘starting over’ job. I had to invent a non-job for myself.

First, Ken re-made his life by eating better, exercising, and re-vamping his mental attitude. He read about research showing that people who visualize themselves preparing for retirement are twice as effective about planning for it as people who don’t plan. While Ken experienced feelings of fear about the future, he vowed to conquer those fears and to work his way into a better financial situation. One of his convictions is,

The most valuable commodity of the human experience is the feeling of hope.

Ken calculated that he needed immediate and recurring income and that he would need income past the age of 65. He realized that he needed both the stability of cash flow and the accumulation of retirement money itself. To tackle cash flow, Ken used something he calls “micro-jobbing” or “job-chunking.” He describes job-chunking,

Instead of doing the whole job of whatever was required, I did the bits of work in my field that companies did not have the inclination, expertise, resources, or staff to do. Every manager has tasks on the back burner waiting to get done. I tapped that market.

To find micro-jobs, Ken built a digital online persona. He networked online with social media. He put content online and monetized it. He charged premium rates for the work he did for companies because he wasn’t costing them the expenses of having a permanent employee. I asked Ken for specific examples of job-chunking and he explained:

When I first started job-chunking, I did a lot of things that I would have been insulted to do if I didn’t suffer from career interruptions. For example, I designed a website for a golf course (which is way beneath my skill level). I did a scripting job. I took a whole pile of medical data, and I wrote a program to put it into a database so that it could be searchable. Then they needed a filter for it to validate the data and I did that. I authored a response to an RFP for another company. I was hired to provide a strategy for a mobile app and to evaluate a bid for the same. I was hired to update a forensic blood spatter program. It was an easy but dull job of finding all of the deprecated stuff and modernizing it because it was written for Windows 95. I wrote a library to allow a certain kind of cash register to be connected to an IP network for a small company. I did a lot of stuff like that — all uninspiring jobs but ones that I could charge decently for because they required a knowledge base.

I searched for Ken’s online digital persona because I was curious to see it. When I couldn’t find it, I asked him if he still has a page somewhere advertising his services. He replied,

I don’t offer my services anymore. I graduated. Once my immediate income needs were satisfied, I began asking companies for a mix of up front money and equity. I now have considerable equity in two companies, one in Nassau and one on the East Coast and I have a full-time job as Chief Technology Officer which pays a regular salary. I do not need to job chunk any longer because I’ve been able to replenish my retirement savings. It was a process that saved my skin.

Ken now calls himself a “retirement turnaround artist” and he jokes that he saved a retirement that was most dear to him – his own! He observes,

I went from a gray, unemployed, and unemployable aging techie to a place in life where I live out of a suitcase on airplanes in diverse venues and I have an exciting life.

Ken is enthusiastic as he describes all the people he has met who use micro-jobbing to make money, from two housewives who earned over a million dollars selling their quinoa recipes, to an unemployed teacher who replaced her income by teaching math and science to homeschooled children, to a wedding planner who creates budget wedding plans online for couples who can’t afford high dollar weddings. Ken concludes,

Essentially, if you have a knowledge base, you can create an income stream utilizing your work history and experience. The best part is, age doesn’t matter!

Ken wrote about his experience in an eBook, 55 and Scared. His book instructs about micro-jobbing, how to create a digital online persona, how to create income using what you know, and how to problem solve when something isn’t working. I highly recommend it.