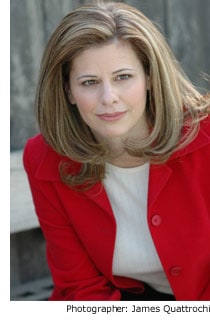 Author Cynthia Shapiro’s book, What Does Somebody Have To Do To Get A Job Around Here? is so grim and depressing in its portrayal of corporate America, I am not sure anyone would still want to land a job there after reading it. Publisher’s Weekly called Ms. Shapiro’s first book, Corporate Confidential, “informed and disillusioned.” This book has the same tone as Ms. Shapiro exposes the disturbing reality about the processes that many companies employ in making hiring decisions.

I have guided clients through job searches for almost 20 years, and my sad conclusion is that much of what Ms. Shapiro writes is true. As a former human resources executive, Ms. Shapiro knows that when it comes to recruiting, human resources professionals and hiring managers may not be on your side. While recruiters and hiring managers seeking talented new employees are trained to appear quite friendly and enthusiastic when interacting with you, the reality is that they are also constantly looking for a reason to screen you out. These reasons could be anything that looks fishy on your resume, any hint of negativity in your interview, any overzealousness on your part in asking about corporate culture or benefits or your status in the hiring process, any history of being fired, your personal characteristics such as being a parent or gay or someone who has recovered from a medical issue, or a host of other reasons detailed in the book.

Overall, I recommend What Does Somebody Have To Do To Get A Job Around Here? for anyone who wants a job offer for a salaried position within an organization, or for anyone working in such a position who wants to move up. But I do have some caveats. For one thing, Ms. Shapiro doesn’t spend any time at all reflecting on how soul sucking it could be to implement all of her suggestions. If followed to a letter, you would be a completely conformist drone preoccupied with being career savvy but neglecting much of what it means to be a human being with integrity. For example, Ms. Shapiro describes a trick that an interviewer might play where she displays on her desk a family photo of herself with some children, even though she really isn’t a mother at all. Then the interviewer lies and says that she is sorry she is late, but she had to pick up her children from soccer. She is hoping to entice you into mentioning your own children if you are a parent. If you do so, you will be rejected for the job. Would you really want to work for a soulless monster like this? If you could tolerate employment for this type of boss, Ms. Shapiro advises you to hide the fact that you are a parent. She doesn’t provide any tips for how to work for a lying, sneaky boss.

The implication in What Does Somebody Have To Do To Get A Job Around Here? is that there is only one “right” way to make career decisions and that you are foolish and self-sabotaging if you do anything other than follow the advice presented by Ms. Shapiro. But there are times when alternative paths would be a better choice. For example, Ms. Shapiro says that you should never quit a job before you line up another one because recruiters and hiring managers are wary of job applicants who are unemployed. She writes, “Quitting your job is the kiss of death.” She is correct about the preferences of many hiring decision-makers, as recently evidenced by job ads saying, “No unemployed persons need apply.” My question is this: Do you really want to work for an employer who would discriminate against unemployed people? Such employers probably treat applicants and current employees equally poorly. Also, staying in the wrong job is such a threat to your physical and emotional health, sometimes quitting is the sane solution.

I agree with Ms. Shapiro that being savvy at sales is a critical job search skill. Before accepting a job offer, however, there is likely a time when you should have a frank discussion with a potential boss before you decide whether to accept the position or not.

Read What Does Somebody Have To Do To Get A Job Around Here? and take its advice seriously, and then decide how many of the suggestions you want to implement. The upside is that you will be wise about the politics that dominate much of corporate America. The downside is that once illuminated, you may no longer have any wish to be employed by much of it.