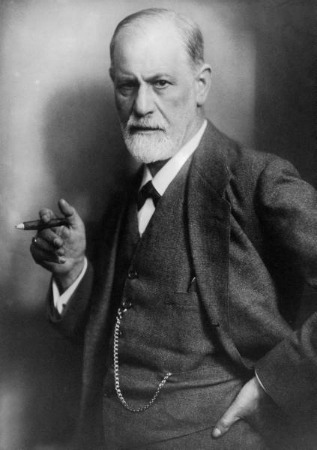 Today’s interview is with Dr. Lynn Friedman, a psychologist / psychoanalyst who is an expert on the role of the unconscious in career development. I talked with Dr. Friedman about how people can know when the unconscious is affecting their career and workplace behavior, and what they can do about it.

Dr. Friedman, what are ways that the unconscious might affect career choice and challenges?

Career choices are often (maybe always) shaped by our early experiences in our family. In this arena, we get subliminal messages about the world of work. For example, is our father always complaining about his boss? Does our mother love her job? Are our parents depleted by their professions, or energized by their work? As we grow up, our family environment is the first place we learn how to relate to the work world. 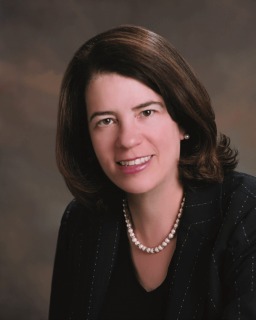 For example, a boy who spends a lot of time in the hospital visiting a sick parent who doesn’t get well might wish to become a doctor; in a fantasy which may be conscious or unconscious, he saves the dying parent. Similarly, the girl who has two physician-parents and observes the gratifications that they derive from their work may unconsciously absorb the idea of medicine as the most fulfilling work.

Of course, lots of people end up having difficulties in the work arena and these difficulties can be indicative of unconscious conflicts. Often, people are unaware why they end up in the predicaments in which they find themselves. For example, a capable person and hard worker might consistently have difficulties getting along with their boss; they may get fired many times. They may believe that they end up with “bad” bosses but they may not appreciate that they have a role in these difficulties. Often, people with these sorts of challenges have early life experiences with unreliable or abusive parents and caretakers. They are unaware of the hostility that they project onto their bosses. Unfortunately, as a rule, bosses don’t react well to angry employees. So, a vicious cycle ensues.

People with these kinds of difficulties often do better in their own businesses, especially if they have an entrepreneurial bent or if they are in a profession that lends itself to sole proprietorship. Sometimes, though, people prefer to learn how to survive in the world of organizations. Because difficulty getting along with authority is often quite entrenched, it is not easily overcome. For those individuals, intensive psychotherapy or psychoanalysis can be really helpful.

What are the signs that the unconscious might be at play in how someone’s career is going?

The unconscious is always at play, often in powerful and positive ways. For example, I provided organizational consultation to an executive coaching client who is a leader in his field. He’s at the very top. He’s the eldest of several much younger siblings. When he was young, both parents were troubled. So, he played a parental role caring for his siblings, carting them around to their activities, guiding them, disciplining them, nurturing them, etc. Also, he had to manage his mercurial parents. He ended up in a profession that required a lot of vision, leadership and nurturing. Essentially, he recreated his family scenario. He’s loved by his subordinates and the constituents that they serve. Not surprisingly, he is a genius at dealing with his crazy board!

Although he made his career decisions quite unconsciously, his early experience (though, undoubtedly, challenging at the time) provided a useful template for a gratifying work experience. This highlights an interesting point. Often, people with very troubled family histories can thrive at work (just look at some of our Presidents). However, they may have more significant troubles in the personal aspects of their lives.

Are there conscious psychological conflicts that are also impact on career development? If so, what are some examples?

I think that the most common, often conscious, conflict that nearly every working woman I know has is the wish to a good mother and a successful worker. I have yet to meet a woman who feels that she is at the top of her game with both at the same time.

How do psychoanalysts help clients for whom career or executive coaching alone isn’t achieving the desired outcomes?

Most psychoanalysts do both psychotherapy and psychoanalysis. This kind of therapy helps people to become more aware of the underlying conflicts and the reasons for them. Importantly, these treatments work at an emotional level. The goal is not to achieve intellectual insight; many bright people already have that. Rather, it is to help people to become more aware of their deepest and least accessible thoughts and feelings. Or, as Freud said, “to make the unconscious conscious.” For example, the fellow who kept getting fired — an intensive therapy or analysis would attempt to help him to learn more about how and why he is recreating his toxic family situation at work.

In a good treatment, he would be encouraged to report all of his thoughts and feelings. Over time, he would begin to experience the psychologist, psychoanalyst or therapist in the same ways that he experiences his bosses, and he would begin to behave accordingly. For example, he might talk to her in a patronizing way, cancel sessions for frivolous reasons, or behave rudely. But, hopefully, rather than respond in a retaliatory way, she would point out his behavior and interpret the motivation behind it. As he worked in therapy or psychoanalysis, he would become aware of how much rage he had toward his parents and how much of it was being inappropriately displaced onto his psychoanalyst and his bosses.

For readers who aren’t familiar with it, how does psychoanalysis work?

The aim of psychoanalysis is to help people to get in touch with parts of themselves that are hidden from their awareness. This is a rigorous and demanding process and it is not right for everyone. Many people have problems that can be resolved in a less intensive process like once or twice a week psychodynamic therapy or even career coaching. Also, there are people who are not emotionally healthy enough to tolerate the demands of psychoanalysis.

People who make the best use of this sort of intensive treatment have some capacity for self-examination. They can tolerate confrontation. When conflict occurs, they stay in relationships and try to work things out. They have some meaningful, long-term emotional connections in their lives and they do not have a psychotic illness. They are able to establish a solid therapeutic alliance with their psychoanalyst.

In general, despite difficulties with anxiety, depression, work, or relationships, people who are able to make use of psychoanalysis are pretty sturdy although they often do not feel sturdy at the time that they seek help. Psychoanalysis is warranted when a person has some deeply entrenched difficulties that have not yielded to their own efforts to resolve them. In the career arena, here are some examples of the kinds of difficulties that might warrant psychoanalysis:

– A history of getting fired despite being highly competent;

– Difficulty with assertiveness in the workplace;

– A career filled with many, many jobs, each of which left the person feeling bored, unhappy, or depleted;

– Long periods of time living with parents and eking out a marginal existence despite solid academic preparation for a career;

– Working at jobs far below a person’s capabilities.

Psychoanalysis can be expensive and it is often not covered by insurance. Realistically, how can people afford to do this?

Yes, it can be expensive. However, if someone lives in a locale with a psychoanalytic institute, they can often be seen on a sliding scale according to their ability to pay. Here, in Washington, DC, we have several low fee options. For those people who are in cities without psychoanalytic institutes, it can be more challenging to find alternatives, but it is still worth exploring.

Of course, some of these individuals do not need psychoanalysis. What they do need is a psychoanalytically-informed career assessment that includes an in depth career history and evaluation of the current career and personal situation.

When people consult me, my bias is to do a psychoanalytically-informed career assessment and make a recommendation as to what sort of help might be most useful. The goal of a psychoanalytically informed career assessment is to explore what purpose a career conflict serves. Until this is understood, it is difficult, if not impossible, to change the patterns of a person’s career and personal life.

When people seek a psychoanalytically-informed career assessment, I prefer to evaluate them in person. If the recommendation is for career or executive coaching, I may work with them over the phone. However, if they need psychotherapy or psychoanalysis, I talk with them about how to find someone in their locale.

How does someone get in touch with you if they want to know more?