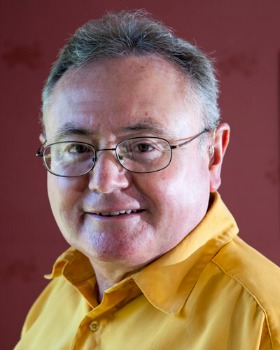 Eight months ago, Paul Johnson had never used LinkedIn but he had heard that doing so might be beneficial to his marketing consulting business, Missing Piece Marketing. Johnson created an account and began experimenting.

First Johnson joined 20 LinkedIn groups associated with marketing and the small business community. To increase his level of involvement and engagement, he joined in conversations, encouraged others to contribute, and posted material that he hoped would stimulate discussion.

LinkedIn members responded. Several people told Johnson that they liked the way he always replied to anyone who commented on any of his posts. Johnson says people seemed to feel heard when he answered them.

In his posts, Johnson linked back to blog posts he had written over the course of the last three years. He noticed that sometimes people responded and other times the posts fell on deaf ears.

In three years of writing blog posts, Johnson had never had anyone subscribe to his blog. After four months on LinkedIn, he started getting an average of one blog subscriber per month. Johnson was encouraged! Soon the average improved to one per week.

Via LinkedIn interaction, Johnson met Adrian King, a business owner who runs a plumbing business. King’s business is 610 miles away from Johnson, but King subscribed to Johnson’s weekly email reports about business marketing. Then King emailed Johnson and asked for help designing his advertising campaigns. Johnson offered a free Small Business Assessment Questionnaire and based on the results of that, he and King scheduled a Skype consultation about King’s business. After that conversation, Johnson advised King that instead of increasing his advertising budget, King really needed different marketing strategies to land bigger accounts to have a more consistent work flow.

King signed up for Johnson’s marketing course: The Secrets of Getting In. During four months of training, King learned how to boost sales without advertising. He was so pleased with the results, he referred four other businesses to Johnson. Johnson says he has earned thousands of dollars from his professional relationship with King, and as a bonus, Johnson and King have become good friends.