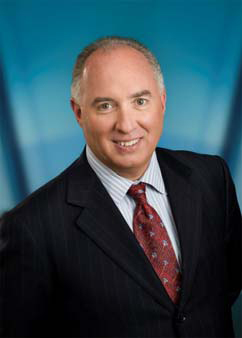 In my exploration of job search tips for age 50+ job seekers, I interviewed New England marketing executive Tom Hart. Tom’s job search is a success story and his career advice is excellent.

Tom, what is your current job?

I am Chief Marketing Officer (CMO) and Staffing Business Development Leader for Eliassen Group. Eliassen Group is a national technology staffing and consulting services firm that garnered $171.6 million in revenue in 2012. According to staffing industry analysts, it is the 19th largest IT staffing firm in the nation. (Update in 2018: Tom Hart is now Chief Operating Officer of Eliassen Group.)

Prior to joining Eliassen Group, you were unemployed. Can you please tell us about that?

Yes. My previous job was with Kforce. I was laid off as a result of a corporate restructuring, not for performance-based reasons. So I found myself searching for a job and when you are in your mid-fifties, that can be challenging.

Were you worried about finding a new job?

I actually gave serious consideration to not seeking another corporate role and just taking consulting assignments from time to time, utilizing an extensive network that I had developed over my thirty plus years in business. When released by Kforce in 2010, I was 53 years old, and I had plenty of trepidation and concerns about my ability to find a role that would be both challenging and interesting to me while also reasonably compensating me commensurate with my skills and experience.

I was quite aware that with the New England economy just beginning to recover from a sizable recession that there were a number of highly qualified individuals who found themselves in the same position as me, with equally impressive professional backgrounds. When I mentioned to my wife that I was considering consulting, she reminded me that I’m the type of person who thrives on corporate challenge, whether the task at hand is building and developing high-performing teams, solving complex problems, or identifying ways to generate incremental profitable growth for the firm for which I am employed. In her mind, I belonged back in Corporate America so she suggested that I use my network to find my next role.

How did you land the new job?

I was quite familiar with Eliassen Group, since I had known the founder of the firm, Mona Eliassen, for many years, and I had conducted plenty of business with her firm back when I held leadership positions in IT for two very large financial services firms. More recently, I had developed a professional relationship with Eliassen’s current CEO, Dave MacKeen, whom I had come to know through mutual staffing industry friends. Dave was quite aware that my background included managing several very large IT organizations, as well as playing executive leadership roles in two other companies, with my experience culminating with leadership positions within two staffing companies.

I contacted Dave upon my release from Kforce to let him know, and he cleared his calendar for me to spend some time with him two days later. Dave happened to be looking for a CMO that not only knew marketing but also knew the staffing industry. What he got in hiring me was a CMO that knew leadership, marketing, and IT as I had functioned as the Market President of two of the larger Kforce markets in the country (New England and Greater New York). In this particular case, I would say that I was fortunate to obtain my current role as a result of leveraging my network, coupled with a bit of luck and timing, as Dave was actively seeking a candidate to fill a C-level role on his team when I reached out to him.

What advice do you have for job seekers who are 50+?

First of all, you must remain confident in your skills and capabilities. You cannot doubt yourself or your abilities. Remember that in today’s marketplace, many people lose their jobs for reasons that they can’t control and often their separation had nothing to do with their performance.

Second, utilize your network. Certainly, over the years, you have probably amassed dozens of business cards, connected with friends, colleagues, and associates on LinkedIn, maybe stayed involved in professional networking groups, etc. Don’t be afraid to reach to these contacts, even if you haven’t kept current with all of them, because chances are they will remember you, and you never know where that next opportunity might come from.

Third, you must stay current with technology. Don’t let the pace of industry change leave you in its dust. Endeavor to stay current, whether it means learning how to use an iPad, upgrading your phone, or knowing what the most common apps are that people are using these days.

Fourth, don’t underestimate the power of social media and the many job portals that are out there to assist you with your search for your next opportunity. Don’t be ashamed to tweet that you are looking for your next professional opportunity, or to list your status as “seeking employment within IT management” on your Facebook page. Utilize LinkedIn to both build up your network and research who you know who might hold roles within companies that you would be interested in. Leverage the job boards too, searching for positions on Dice, Monster, CareerBuilder, Indeed and Simply Hired, all of which have tens of thousands of positions posted around the country at any given time.

Finally, keep your head up. Stay positive. Understand that it might take some time to find that next role, but in the end, it will work out for you.