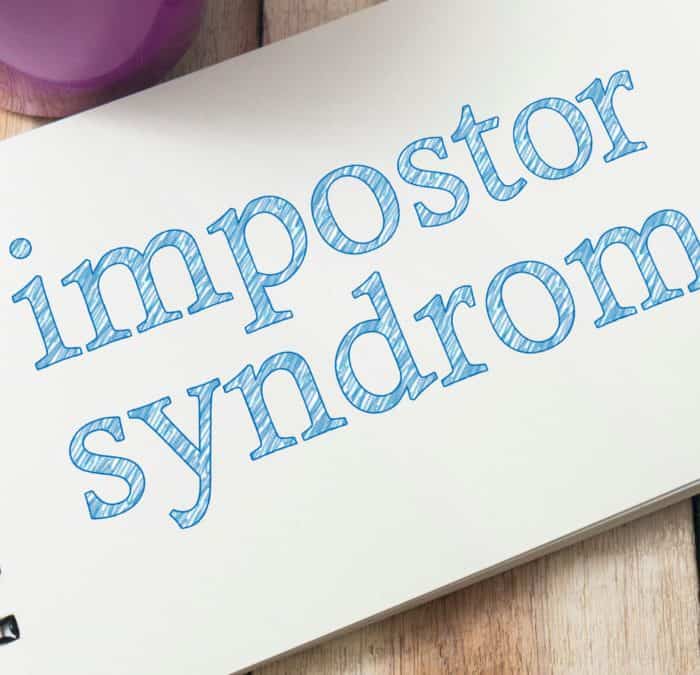 Impostor Syndrome is a description (originally called Impostor Phenomenon) first identified by Dr. Pauline Rose Clance and Dr. Suzanne Imes in the 1970s. Imposter Syndrome is a persistent belief you are a fraud.

If you suffer from Impostor Syndrome, you are in good company. Here are famous people describing their fears, followed by their accomplishments.

Paul McCartney – “Just like anyone else you have insecurities; no matter how high and great and wonderful you get, there’s always something that makes you worried.” (Source: Interview with 60 Minutes)
Accomplishments – Net worth of $1.2 billion; induction into the Rock and Roll Hall of Fame for successes with The Beatles and individually; 18 Grammy awards.

Barbara Corcoran – “When I sold my business for $66 million and I had made it from scratch out of nothing and the whole world applauded me…Do you know what I thought (after) six months? That the whole thing was a fluke.” Source: Inc.)
Accomplishments – Net worth estimated at $100 million; built the largest residential real estate firm in NYC; celebrity on Shark Tank; motivational speaker.

Tina Fey – “The beauty of the impostor syndrome is you vacillate between extreme egomania and a complete feeling of ‘I’m a fraud! Oh God, they’re on to me! I’m a fraud!'” (Source: Forbes)
Accomplishments – Recipient of nine Emmy awards, five Screen Actors Guild awards, seven Writers Guild of America awards, and three Golden Globe awards.

Tom Hanks – “No matter what we’ve done, there comes a point where you think, ‘How did I get here? When are they going to discover that I am, in fact, a fraud and take everything away from me?” (Source: NPR)
Accomplishments – Actor; filmmaker; recipient of two Academy awards and seven Emmy awards; credited with films grossing $9 billion worldwide.

Meryl Streep – “Why would anyone want to see me again in a movie? And I don’t know how to act anyway, so why am I doing this?” (Source: Marie Claire)
Accomplishments – 21 Academy Award nominations with three wins; 32 Golden Globe nominations with nine wins.

Jennifer Lopez – “The biggest insecurity I had was my singing. Even though I had sold 70 million records, there was this feeling like, I’m not good at this.” (Source: Cosmopolitan)
Accomplishments – Net worth of 400 million; actor; singer; dancer; activist.

One of my favorite stories is on the blog of beloved author Neil Gaiman. Gaiman met astronaut Neil Armstrong, and Armstrong confessed to Gaiman that he didn’t feel like he belonged in the room filled with successful people. Gaiman said to Armstrong, “But you were the first man on the moon. I think that counts for something.”

Gaiman said if Neil Armstrong felt like an impostor, maybe everyone did.

If impostor syndrome is troubling you, one thing to know is that psychologist Basima Tewfik studies Impostor Syndrome, and she found that the fear caused by Impostor Syndrome has one upside: it can cause people to work harder at interpersonal relations.

Dr. Tewfik also found in business settings, when people worry about their competence, they are more likely to help others in cooperative and encouraging ways.

In my coaching practice, I have found two strategies are helpful in reducing Impostor Syndrome: