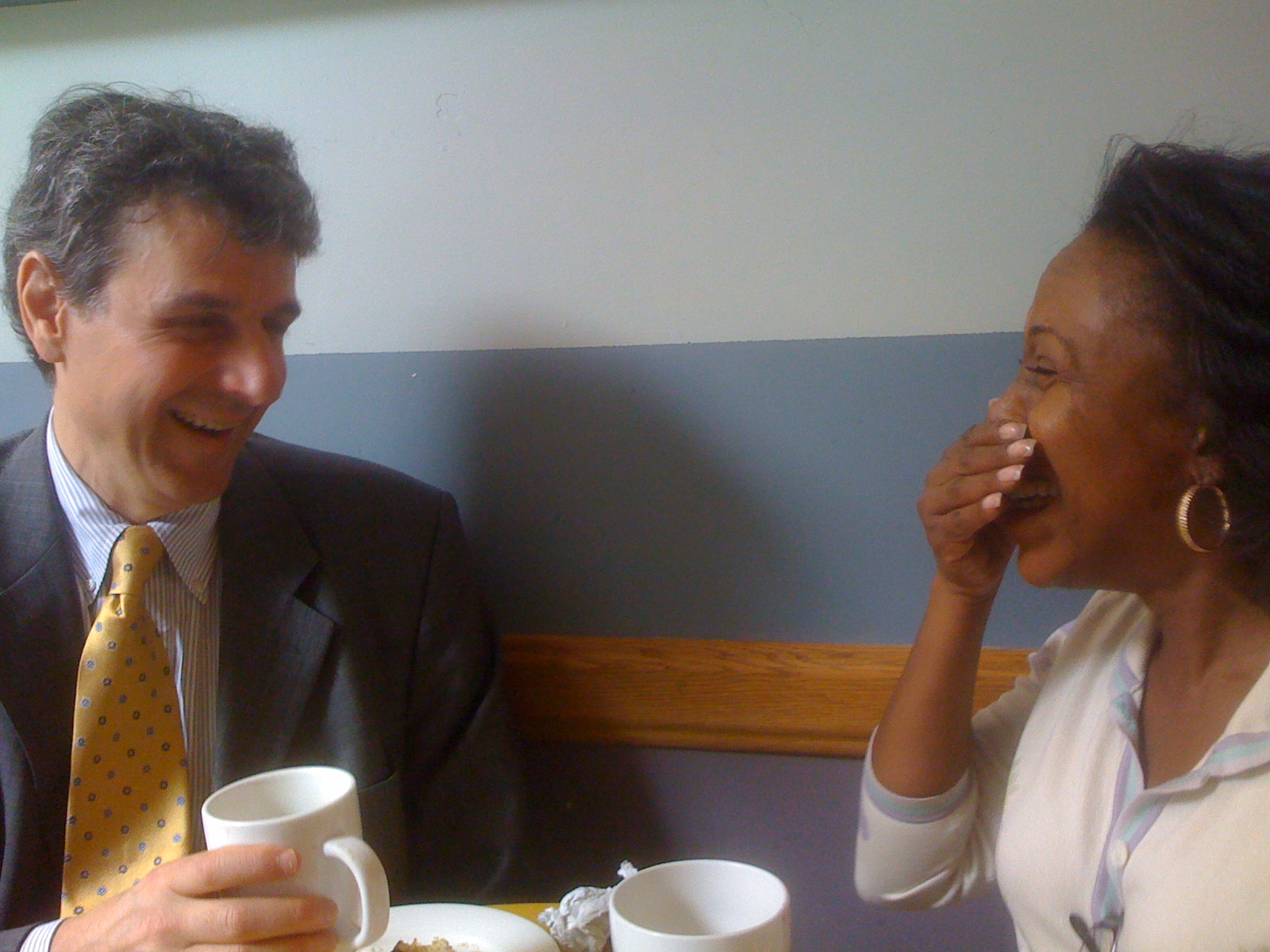 When Patricia Nixon was laid off in 2008 from her consulting position as a Business Analyst for the NYC Mayor’s Office, she decided that since she loves to write, her first priority was to write. She began writing everywhere.

While reading discussions on LinkedIn, she realized that most discussions posted there weren’t really discussions at all, just one-way promotions where no one was talking to anyone else. After being on LinkedIn for only two weeks, Nixon wrote a very long post about networking in the Forbes LinkedIn group. One of her main points is that good networking requires the same audacity as being a good drug dealer. (This is probably why her blog post drew so much attention!)

Nixon was shocked and delighted when the (then) Managing Editor of Forbes Magazine, Carl Lavin, contacted her and asked if he could use excerpts of her post on the Forbes website. Of course, she said, “Yes!” Then to her surprise, he asked if he could meet her.

Nixon traveled from her home in New Jersey to the Forbes offices in New York. Lavin showed her around the magazine’s office and then they went out for scones and coffee. They talked about their families, the power of words, and where they each thought the digital world was going. Nixon was so excited, she asked a stranger to take photos because she didn’t think anyone would believe she had met the Managing Editor of Forbes. Nixon remembers,

“It was one of the best days of my life – just chatting with someone who reinforced it was time for me to do what I really love to do and trust that I could earn a living without chasing assignments for the money alone.”

Publicity from the Forbes article led to Nixon being asked to do several radio interviews. She says:

“I still link to that article in my email signature. The lesson here is that when you just do what you love to do as often and anywhere you can, the right people will take notice. Always do what you do as if the world is watching because someone in the world is.”

One of the first things Nixon did was start her own LinkedIn group. Via that and her other writing on LinkedIn, she landed her first client, a woman who had overflow work for her proofreading and content writing business. This first client is still a client today.

Nixon hadn’t even named her business yet and she already had work. She registered her business name, Nixon Virtual Strategies. After that, Nixon recalls, “I never looked back.”

“I am still designing websites for clients and constructing content, copywriting and blogging. Finally, work doesn’t feel like work at all.”

Here’s the article Patricia wrote: Are You Networking or Self-Promoting?