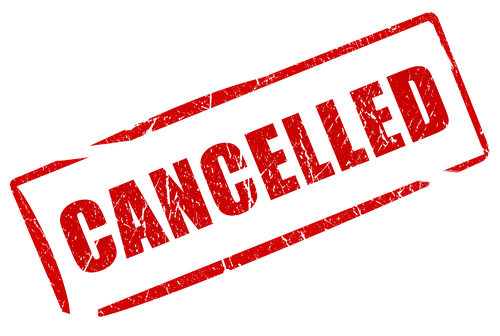 During a job search, a rescinded job offer can be a bad thing if a job seeker really wanted a specific job, or it can be the best outcome if an employer and a job seeker discover that they really aren’t a good fit to work together after all.

I asked employers if they would ever rescind a job offer and if they have ever done so. Their replies are helpful in understanding the employer perspective and to feel confident in how to negotiate without being blindsided by an unexpected loss of a job offer.

I do and have rescinded multiple job offers during the negotiation stage! It is the part of the recruitment process that is often the most telling of the candidate’s true level of interest in the role, finesse of communication abilities, and reliability. I once had a candidate who looked phenomenal on paper and passed his interviews with flying colors. When I presented him with a job offer on my client’s behalf, he asked for 24 hours to think about it. We scheduled a time to speak the next day, yet he did not immediately return my call (red flag #1 – unreliable!). When we finally spoke, my candidate let me know that he was now looking for $20,000 more in compensation than we had originally discussed. This change was prompted by a conversation he had had with a buddy (red flag #2 – communication skills; don’t bring up friends and their opinions!). After a lengthy discussion, I make it clear to my candidate that the client might pull the offer away entirely, to which he did not seem to object (red flag #3 – not so interested in the job!).

I called my client and recommended they rescind the offer, even though I knew they could technically afford the increase. There were simply too many red flags and at the end of the day all a hiring manager wants is to hire someone who is eager and excited to join!
Marina Byezhanova, Co-Founder and Director of Candidate Experience, Pronexia Inc.

We are a staffing and consulting firm for several lines of business. We hire Account Executives focused on business development to partner our company with clients who need our help identifying and hiring top talent. During recent negotiations with a candidate, he became a completely different person than the one we saw in the first two rounds of interviews.

Upon presenting the job offer, we immediately received pushback. This is a good sign from someone in sales so we are never taken aback by that in itself…negotiating is part of what they are supposed to do, professionally. However, he mockingly told us our job offer was “totally off base,” and he asked, “Where did you get these numbers?” and “Who above you can I talk to about this?”

We rescinded the job offer that day. We would not and will not let someone like this represent our company to any current or prospective clients, ever. Rescinding the job offer at negotiation is an absolute option which we adhere to when needed.
Dennis Tupper, Marketing Operations Manager (former Corporate Recruiter), Eliassen Group

We’ve rescinded a job offer because the candidate wanted more on base salary, a guarantee on variable compensation, increased vacation time, cell phone reimbursements, etc. He lumped it all in one conversation so it looked like a list of demands vs. having a strategic conversation attacking the most important factors and either minimizing or eliminating the other (smaller) negotiation points.
Tracey Russell, National Recruiter, Naviga Recruiting

Unfortunately, I’ve had to rescind job offers in the past. Usually, there are three possible reasons:

1. The candidate falsified their application. You won’t believe how many candidates look great on paper, are fantastic in the interview, and who falsify their education (they claim to have a degree that can’t be confirmed). I’ve also rescinded job offers from candidates who falsified their previous work history/experience.

2. The candidate failed to disclose a criminal conviction. This is where it gets tricky. The conviction needs to be job related for it to matter (per the EEOC), but employers can usually get around this by maintaining that the failure to disclose was essentially a falsification.

3. The budget changed and the job is no longer funded. This is probably the riskiest action from the company’s perspective. If the candidate relied on a job offer and quit a job to take the new job that disappeared, the company could face liability for lost wages.
Liz D’Aloia, Founder, HR Virtuoso

Yes, recruiters will rescind a job offer during negotiations. However, the reason is not likely to be the candidate’s negotiating style but that the candidate reveals during the negotiation that they are not likely to succeed in the position. For example, I recruit international candidates. If I’ve asked you to do research about the cost-of-living in China and other factors and you reveal something in your negotiating that demonstrates you aren’t ready to live abroad, I am likely to pull the job offer.
Glen Loveland, HR Manager, CCTV News

I’m not an employer but I decided to share my story in case it helps others. I had a job offer rescinded because the employer was angry that I asked an employment attorney to review the 25 page employment contract they asked me to sign. The employer said they only want to hire people who trust them. The attorney said the contract is “characterized by an extreme lack of mutuality” in favor of the employer. It was an upsetting experience but everyone says they showed their true colors and it would likely have been a terrible place to work.
Anonymous Job Seeker

1. Be nice. This should be obvious but if you become adversarial or rude, you are likely to trigger the employer to retaliate.

2. The evaluation process works both ways. Retain your power and if the employer behaves badly during negotiations, reconsider whether you want to be affiliated with this organization.

3. Think through your salary and compensation requirements before you state your desired range because if the employer meets your target, and then you ask for more, that isn’t likely to be well-received. (Career coaching tip: The exception to this is if you find out something about the job that changes the scope of the job, in which case you can explain why you are now requesting pay commensurate with the added responsibilities.)

4. Don’t leave sales mode the minute you get the offer. Stay in sales mode throughout negotiations and for the first 90 days of the job (and possibly forever, as image management matters even when you are balancing it with being your authentic self).