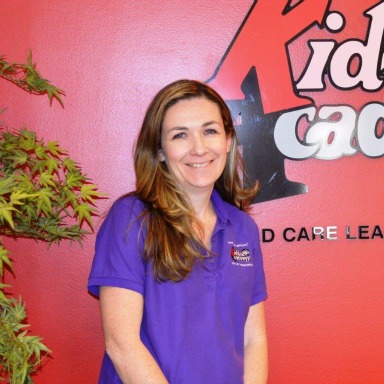 Since 2008, Stephanie Waszazak is the owner of Kiddie Academy of Delran, New Jersey. Ms. Waszazak says she is 100% involved in the day-to-day operations of the business, aided by a Director and an Assistant Director to help her run the center.

Ms. Waszazak says the best part of owning her own business is to be involved in the daily learning and growing of her own two children. She is also the room mom for her second grade son because the flexibility of her job enables her to be involved in his school.

She says on the flip side, the most challenging part to owning her own business is that she has a difficult time leaving things at work. When she is at home, she finds herself reading resumes, paying business bills, figuring out schedules, answering parent or staff emails, making sure the school has all the needed supplies, running to the store, etc.

Ms. Waszazak enjoys the pride of business ownership. Her advice to anyone considering buying a franchise is to make sure that the franchise that you are buying into allows you to run your own business and not just manage someone else’s.

Ms. Waszazak has always worked in the childcare field. She says that she didn’t go into the education field to be rich, but she does make more money now than when she was a preschool teacher. She explains,

“My husband and I wanted to live comfortably and be able to take vacations once in a while. I am sure that there are other franchise owners out there that make more money than we do, but we choose to put money back into the school to make sure we have the best center in the area. Owning my own childcare center has always been a dream of mine!” 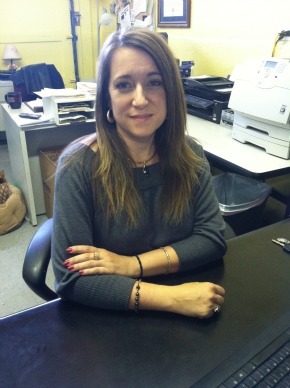 Ms. Dabney says she participates 100% in the day-to-day operations of her business. In a typical day, she dispatches employees to jobs, makes appointments to see customers, handles invoices, and manages accounting. She says the best part of owning her staffing business is that it is rewarding to match employees with employers. She explains,

“I have many years experience helping people find jobs and matching employees with careers that make them happy. Now I also work on making employers happy and hopefully less stressed by placing an employee that is happy. It’s a one two punch of satisfaction.”

Ms. Dabney identifies the most challenging part about her business is finding sufficient capital, especially in relation to the financial meltdown the U.S. experienced in the last three years of business. Ms. Dabney expresses gratitude that she knew people who were willing to help her when banks wouldn’t take a risk. She also recommends alternate financial institutions such as ACCION and the local SBA as resources for potential franchise owners.

Ms. Dabney considers franchise ownership a long-term investment rather than a short-term one. She says that in the first two years of franchise ownership, she earned less than she would have in a non-franchise career path. Now, however, she is excited because she views the compensation as having the potential to grow exponentially.

For anyone considering purchasing a franchise, Ms. Dabney states,

“My advice for people that are considering buying a franchise is first, get to know the people that own and operate the franchise you are considering. My franchise is extremely supportive in many ways. I would recommend the Labor Finders franchise without hesitation. You will need them to help you succeed so it’s important you have the same goals, values, and understanding of how the business can succeed. Also, make sure you will have the financial resources in place because this can seriously affect the growth of your business. Once again, I strongly recommend your local SBA to help with many of the challenges that franchise owners face.”

Mr. Bowe purchased a Postal Connections franchise in 2003, in Lancaster, Pennsylvania, and then a second one in Red Lion, Pennsylvania, in 2012. Together with his wife, Elizabeth Bowe, Mr. Bowe is responsible for all daily operations. Ms. Bowe is always on site and Mr. Bowe multitasks between Postal Connections and his full-time job managing safety at a local amusement park.

Mr. Bowe says he enjoys having a lot of control in his business and building something that can provide for his family now and be passed down to them in the future. He says it is challenging to keep up with the U.S. Postal Service changes in policies and services, but it is worth it.

He describes his career background and motivation for buying a franchise,

“After 14.5 years as an Air Force officer, I was a pilot with American Airlines for 5 years and started this business as a backup plan in case there was a layoff. I was furloughed from the airline in 2005 and found that our business thrived when we focused on it as a livelihood instead of a hobby. I have had, and still have, the opportunity to return to American Airlines but I have enjoyed the job security of my own business and as well as a reasonable income. In addition to the direct income, I am also building a significant asset for the future.”

Mr. Bowe’s advice for new franchise owners is to be sure to follow the model and use the tools and training provided. He says that the franchise provides a proven method and mix of products that work. He concludes, “My experience has been that we began to succeed when we decided to quit trying to do things ‘our’ way and listened to the experience of others.” 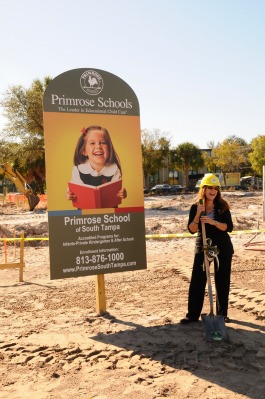 Jana Radtke purchased her first Primrose School in North Lewisville, Texas, in 1995. Now she owns four franchises. Her third Primrose school will open in South Tampa in August 2013 with a fourth under development.

Ms. Radtke oversees all of the schools and the school management teams. She describes the diversity of the job functions she fills, “You have to wear many hats – CEO, CFO, Human Resources, Accountant, Marketing and Advertising. The list of jobs you have to do goes on and on when you are directly responsible for all aspects of your business.”

Ms. Radtke is very involved in day-to-day operations. She explains, “With such a fun job, working with young children, you can always find me at one of our schools!” She continues, “The most rewarding aspect of owning a Primrose School is the sincere thanks that a Primrose parent expresses to me about our caring program for their children. Our entire family has been involved in our schools; they genuinely care about our parents and our Primrose children.”

Echoing what many other franchise owners say, Ms. Radtke considers the flexibility of her job to be the best part, even though the overall hours are long. She appreciates the success of Primrose’s business model, citing as evidence that Primrose has a 98% SBA loan success rate. She observes, “Once you open one franchise, you have a solid blueprint to further develop your brand through new locations.”

Regarding the compensation of owning a Primrose franchise, Ms. Radtke commented, “Someone once said, ‘You make a living by what you get, but you make a life by what you give,’ and I could not agree more. You can make a nice living (compensation) with owning a Primrose School, but nothing compares to the satisfaction you receive when you’re able to make a difference in children’s lives, give parents peace of mind, and contribute significantly to your community both financially and by being a good community partner.”

“First, determine what is most important to you. If money is your driving factor, then franchise ownership may not be for you. Once you determine what you most want from franchise ownership (i.e. making a difference in others’ lives, having more time with family, etc.), you can narrow down what type of franchise might fit with your lifestyle. Do your due diligence: (1) Request a copy of the Franchise Disclosure Document; (2) Determine how you’ll fund the business; (3) Talk with other franchise owners about the process, ups and downs of the business; and (4) Always meet the executives and go through an in-person ‘Discovery Day’ where you learn about the brand. The people behind the organization are just as important as the brand vision at the national level, which impacts your business locally.” 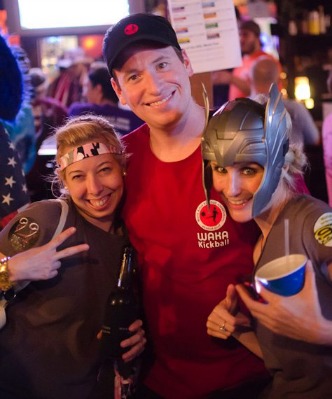 Since 2011, Sean Gaubert has owned a WAKA franchise in New Orleans, Louisiana. Owning a WAKA franchise is demanding. Mr. Gaubert says his typical work day is 8 hours in the office plus 3 more hours every weekday evening for games and social events. Because of the hours, Mr. Gaubert notes that it is tough to free up time for friends and family.

Despite the long hours, Mr. Gaubert says, “The business I own is something I am passionate about. When you do something you love, a bad day can still be fun.”

Mr. Gaubert’s advice for anyone considering buying a franchise,

“Spend time running the numbers with multiple scenarios. These scenarios should include a high and low forecast. Another important thing is to seriously ask yourself whether you are willing to give this a 100% effort and whether you are well balanced with all the needed business skills. Many business owners out there don’t have what it takes and they use a book of excuses as a crutch for their failure. That failure can painfully complicate their lives for several years.”

Mr. Gaubert says that for him, franchise ownership has been the right decision. He concludes, “I am grateful that the compensation exceeds my previous career paths. As an owner, an individual takes a big risk so there should be more reward than simply being an employee.”