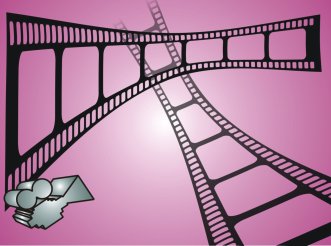 Dear Dr. Civitelli,
I have been in analytical jobs like financial analysis for the past 20 years, but I have always wanted to go into filmmaking. How can I approach getting a job in a field where I have no experience, other than a college degree in Mass Communications?

Dear Future Filmmaker,
You probably already know that the film industry is super competitive and that you will likely have to work very, very hard to achieve your career dreams of making a living as a filmmaker. That being said, I’m in the business of helping people to get what they want by offering career advice based on industry expert opinion, so here are some suggestions:

Unless you have a trust fund or a significant amount of savings in the bank, the first thing you will probably need to do is find a niche in the finance field that is sufficiently flexible that you have time to work on facilitating a career change into filmmaking. Once you have arranged that, you can continue to use your finance skills to pay your bills as you change careers.

If you are keen to go to film school, here’s an article: “Best Film Schools.” However, many successful filmmakers do not have an academic degree in film or communications, so it isn’t a deal breaker if you don’t go back to school. You do need to acquire skills, though, and one training option to explore your local film society. As you said your hometown is San Francisco, California, one local possibility is the San Francisco Film Society. They offer classes, workshops, screenings, and events. Of course this suggestion presumes that you do not plan to move. If you are open to relocation, you might be interested in MovieMaker Magazine’s 2013 list of best places for independent filmmakers. Their top five are Austin, New York City, Seattle, Los Angeles and Portland.

Many people have gotten their start in film by apprenticing for other filmmakers. This can involve thankless grunt work but the learning can be invaluable. Some sources for jobs include:

Exploring this career advice is just a first step. As you meet successful filmmakers, you will be in a position to get tips and strategies from the people best equipped to guide you. But hopefully these ideas will give you a starting point.