A startup coach can help you make your entrepreneurial launch happen faster and with more success. VocationVillage.com interviewed Devesh Dwivedi, Chief Entrepreneur, Business Coach, Consultant, and Author of Breaking The 9 To 5 Jail. 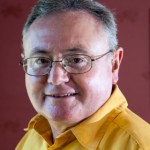 Eight months ago, Paul Johnson had never used LinkedIn but he had heard that doing so might be beneficial to his marketing consulting business, Missing Piece Marketing. Johnson created an account and began experimenting. 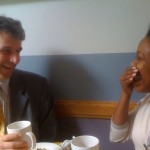 When Patricia Nixon was laid off in 2008 from her consulting position as a Business Analyst for the NYC Mayor’s Office, she decided that since she loves to write, her first priority was to write. She began writing everywhere.

While reading discussions on LinkedIn, she realized that most discussions posted there weren’t really discussions at all, just one-way promotions where no one was talking to anyone else.… Read more... “How To Use LinkedIn: Patricia Nixon” 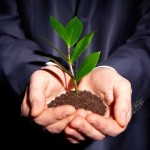 I have been recommending Barbara Winter’s book, “Making A Living Without A Job,” for years, so when I discovered that she was coming to the city where I live for a Joyfully Jobless weekend, I jumped at the opportunity to participate in her event.… Read more... “10 Things I Learned At A Joyfully Jobless Weekend” 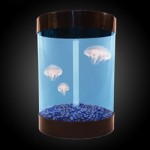 Today’s blog post continues my series of interviews with people who started companies after a failed job search, only to discover that entrepreneurship offers rewards so compelling they wouldn’t accept a salaried job now even if offered one. This interview is with Alex Andon, founder of Jellyfish Art, LLC.… Read more... “Entrepreneur Success Story: Jellyfish Art”