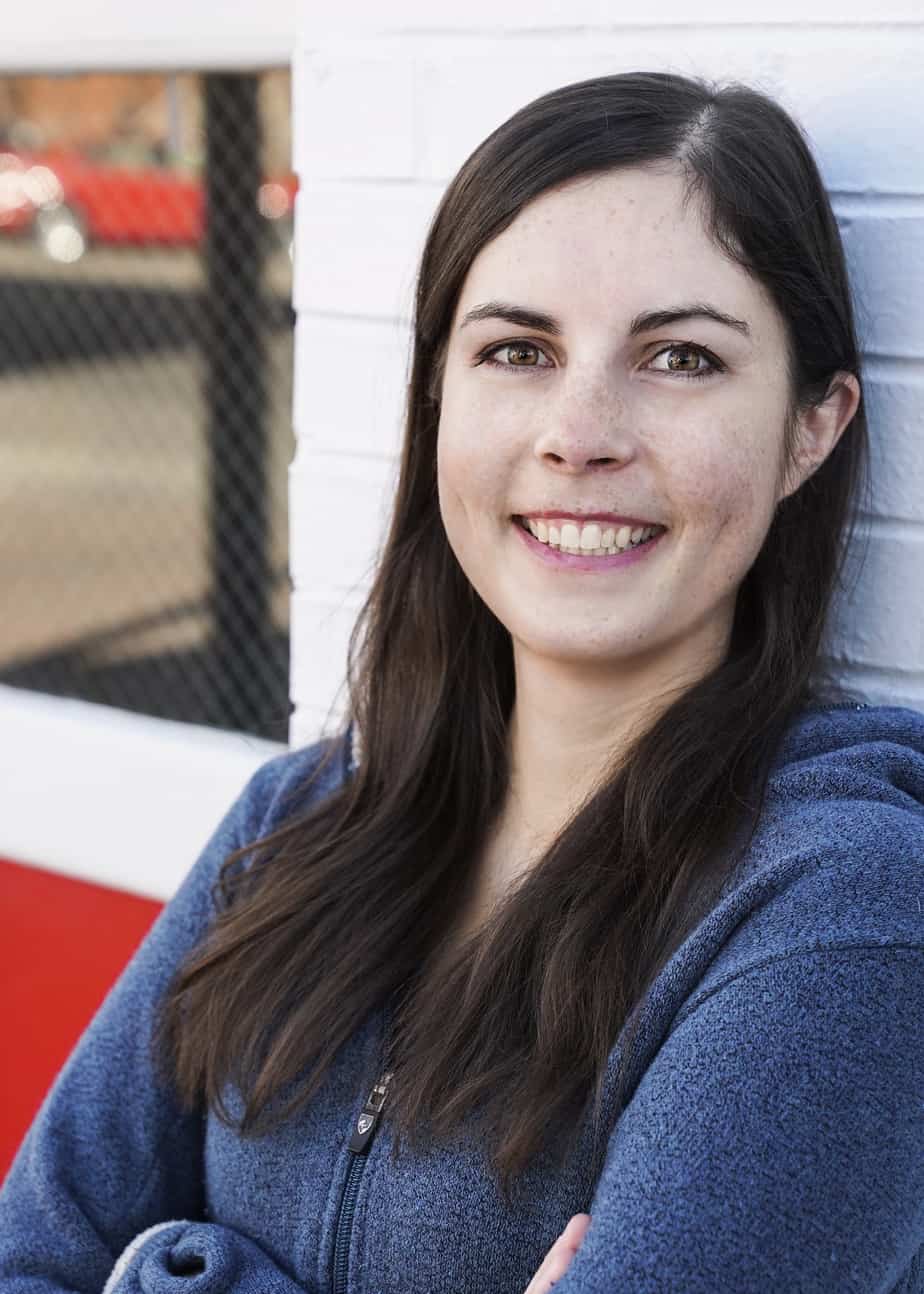 Today’s career change success story features Lindsay VanSomeren. Lindsay is a wildlife biologist who did a career pivot into freelance content writing. I think you’ll be inspired by her.

Lindsay, can you tell us about your earlier career and how you launched your new career focus?

Sure! I studied wildlife biology and conservation in undergrad, and for my master’s degree. Naturally, I thought I’d be a wildlife biologist. Specifically, I loved doing research, finding out new things, and being intrepid and in charge of the direction of my own work.

The problem with wildlife biology is that it’s not well-funded. Most are government positions. You make little money, and when certain political parties come into office, even those jobs are taken away. That’s what happened to me.

I couldn’t find a job after I graduated since there were so few. So I took the only job I could get, as a lab animal caretaker in a biomedical research facility at a local university, cleaning mice cages. I was also terrible with money and deeply in debt. My husband had supported me financially in school, but now that we were trading places (he had returned to school after I graduated), I wasn’t able to do the same for him.

The saving grace of this job is that I could listen to music or podcasts or whatever I wanted all day since I was working by myself in a lab. I thought I’d start listening to financial podcasts — surely, there had to be some good ones. I’d never been interested in managing money before or anything. Finances bored me. But surprisingly, I found some great ones (Listen Money Matters was the first one I listened to).

One of the things they talked about on the podcast was finding ways to supplement your income. I’d done a lot of writing in grad school, so I decided to start my own blog. I used it as practice, and then I started pitching real clients a couple months later. It was scary as hell, but I did it anyway since I didn’t have much else to lose by that point.

>How did you land your first paying clients?

Once I had a few guest posts under my belt and I proved that I could write things for other people (and had clips to prove it), I started sending out LOIs (letters of introduction) to other websites. I sent out five per day, I remember. Most people never wrote back, and if they did, it was a no. But it was a numbers game, and eventually, some people said yes. I was still working full-time as a lab animal caretaker, so I didn’t have much time to write on the side. I think I stopped pitching new clients after I had gotten 2-3 regulars. And over time, my friends that I made while blogging started referring work to me too.

Were you able to increase your fees as you gained experience?

Yes. I charged $50 for my first articles. Over time, I added new clients, and I kept bumping up the rates I accepted each time. Now, I don’t really work for under $450 unless it’s a special case.

What is your favorite part about freelance writing?

I like being in charge of everything. I had trained for a career where you’re in a defined hierarchy with a boss and underlings of your own. Other people tell you when to show up for work, what you’ll do (roughly), and how much you’ll get paid. There’s no room for negotiation.

As a freelancer, I can choose as much or as little work as I want. I love that freedom. I also have some sleep-related medical conditions that made it tough to stay awake all day. I briefly got a job as a wildlife technician with the USGS after my lab animal caretaker job, and I remember being super worried about falling asleep every afternoon in my office. It’s under control now (thanks to my husband’s health insurance!), but it seriously stressed me out. I used to split up my day into two parts because of it — something I couldn’t do if I wasn’t freelancing.

I also like the freedom to determine where I live and how much I get paid. Working in wildlife, it almost felt like I didn’t have any control over anything: whether I had a job, how much I would get paid, how long that job would last, where I would get to live, whether I would get to see my husband, etc…

As a freelancer, I have total control to say no. If someone offers me money and I think I’m worth more, I say so. And if we can’t come to an agreement, I just plain say no and don’t work with them. I can do the same for existing clients. I can bring on new ones, and fire others ones I’m not fond of working with. I’m in charge of my mental health, how much I make, where I live, and ultimately, my life. 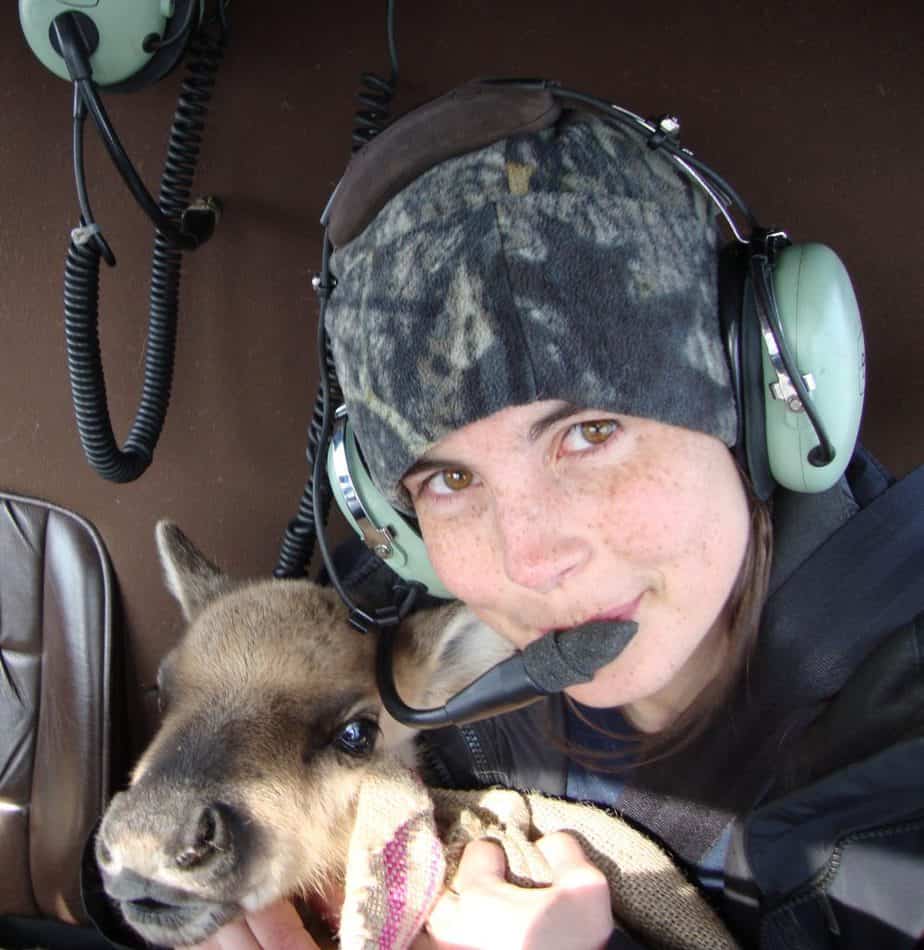 What was the most difficult part about starting and growing a freelance content writing business?

I think for me, putting myself out there in a visible way to find clients was one of the scariest things. I’m super shy. I went to school for eight years and spent tens of thousands of dollars to become a wildlife biologist, and here I am trying to start something new with literally zero credentials to show for it, and on a shoestring budget.

Another thing that was tough was learning how to run the business side of things — contracts, which business structure to form, how to pay taxes, how to save for retirement, etc… This stuff was totally new to me. They don’t teach you this in college.

>What are the most important skills for success as a freelance writer?

Persistence. You’ll make a lot of embarrassing mistakes. It’s easier to quit at any time than it is to move forward.

Developing a strong network is also key. It’s harder to stay persistent if it’s just you on your own. Finding a support network online with as many close, real friends as you can have is what will carry you forward. They’ll be your support when you fall, pass on job leads, and more. You can develop this group online, but it’s also important to attend in-person events (at least when it’s safe again!) because that’s where those relationships will be cemented in.

Are you able to tell us examples of the types of clients for whom you write?

The clients are mostly for-profit companies who need “content writing” — i.e., blog posts and articles. When I first started, I used my lack of credentials as a selling point. Like, “I’m not a financial professional. I don’t have advanced training. I’m able to approach these topics from the perspective of the person you’re trying to reach. I can tell my own story, and people will be able to relate to it.” So when I first got started, a lot of it was basic financial management stuff. I told people what I, a former budgeting failure, was now doing to be successful at it.

Over time this shifted into other types of work. Clients would ask me if I could take on new types of assignments, and I would always say yes. At the very least, it’d be an opportunity for me to learn something new. That’s how I started writing tax articles for Credit Karma Tax, for example. I also do a lot of financial product reviews (credit cards, banks, personal loan lenders, etc…) for The Balance and LendingTree now.

I’m not asking your specific income but can you tell us the income potential for freelance writers in 2020?

It can be as high as you want it to be, if you’re feisty enough. I know writers who make over $225,000 per year doing what I do. Last year, I earned $150,000, and that was with my (previously undiagnosed) sleeping disorders. I probably won’t earn that much this year due to COVID-19, but I’ll still earn a higher income than I ever thought I would had I gone into wildlife.

It also depends on what you write. Journalists, for example, don’t make much, and it’s a problem. To really earn more money, you need to adapt yourself to where the money is at. There’s a lot to be made in financial writing, but you do have to really have a keen interest in it. You don’t have to start that way (I sure didn’t), but I love nerding out about this stuff now.

No. We do two separate things. The clients I work for aren’t found on sites like that. They value quality work, working one-on-one with writers, rather than trying to pinch pennies at a content mill.

If you could start over, what would you do differently?

I wouldn’t do anything differently. I think somehow, despite all of my challenges, I did everything exactly right at the time it needed to be done. For example, I don’t blog anymore. I don’t have the time. I tried, and it was its own part-time job with pennies for profits. But it functioned as my “training wheels” of sorts to get to where I am today and it kick-started my network, so it had tremendous non-monetary value when I was starting. 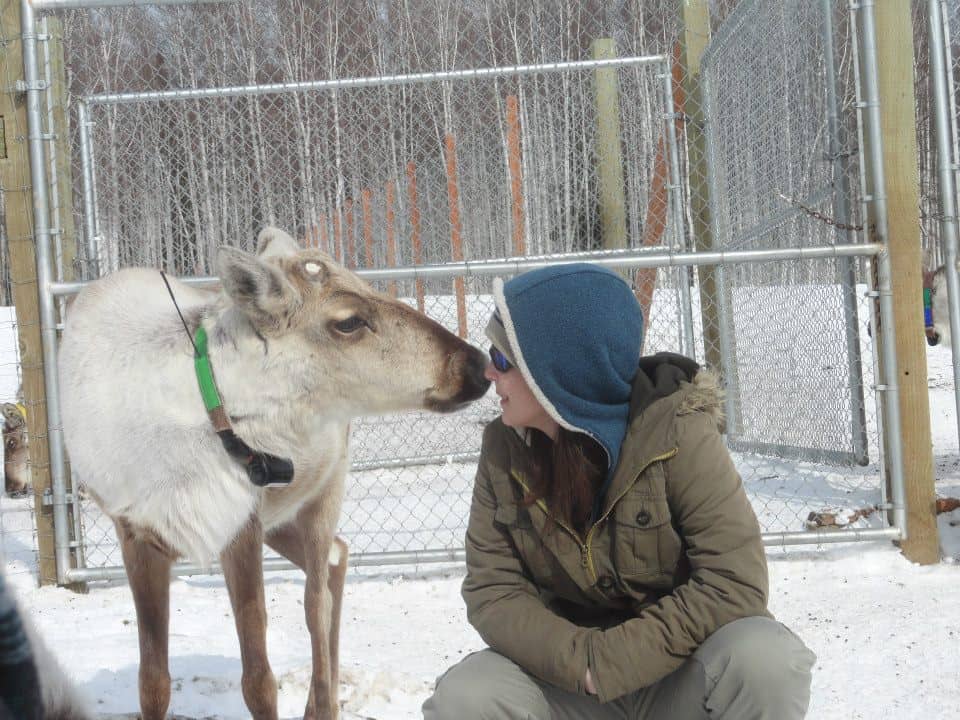 Is there anything you wish I had asked that I didn’t?

I think freelancing is an excellent choice that you can start today, and take it as far or as little as you want to go. You can also use it to propel your own career goals. I’ll tell you what I mean.

After I started freelancing on the side while working as a lab animal caretaker (a job I hated), I applied for — and actually got! — a job with the USGS. It was a temporary summer gig, with a defined end date. These types of jobs are generally the first step into a permanent (or at least semi-permanent) position in the wildlife field. To get started with my wildlife career, I’d have to take the leap.

I probably wouldn’t have had the courage to quit my permanent animal poop scooper job otherwise, but I told myself I could always fall back on freelancing if the job ended and they didn’t bring me on permanently. So, I quit, and took the USGS job. Luckily, my bosses loved me. They wanted to hire me on as a full-time Ecologist, and put the paperwork in motion to do so. It was finally going to happen, after so many years of blood, sweat, tears, and many hours in a therapist’s room.

Unfortunately, this was right when the new Presidential administration came in. My hiring paperwork got stuck in a stack on someone’s desk and it didn’t go through in time. He closed all hiring down, and when it eventually reopened, that job had vanished entirely. They wouldn’t be hiring for it anymore. So I had to go back and pick up my things — my bosses were so confident I’d be back in a few weeks that they told me to leave my desk as-is — several months later, when it became apparent they wouldn’t be working with me. I’ve been a full-time freelancer ever since.<

Had things worked out according to plan, I’d probably be a wildlife biologist or ecologist today, and probably still freelancing on the side. But, for better or for worse, they didn’t, and now I’m where I’m at today.

Where can we read more about you and how can clients find you to hire you?

Thank you, Lindsay! Your success story is awesome.
.